It is with profound shock and sadness that I learnt of the death of our beloved Chairman of the Public Service Commission Mr. Stephen Kinyanjui Kirogo on Friday 15th may, 2021 at the Nairobi Hospital.
On my own behalf and that of the Public Service Commission fraternity, I wish to convey my heartfelt condolences to his family for losing a loving husband and father at this untimely moment.
The late Mr Kirogo was a charismatic, diligent, and visionary leader. We will forever remember him for successfully instituting far reaching reforms that were transforming the entire public service through his “Reform, Perform, Transform Kenya” mantra and Citizen-Centric focus.
His transformation agenda and strong networking and lobbying skills saw the commission roll out a 12 months paid internship program for young university graduates to gain the hands-on skills demanded by the job market, thereby enhancing their employability chances.
The reforms in the pensions department where the commission in collaboration with the National Treasury managed to clear a backlog of thousands of unpaid claims to pensioners and embarked on a process towards a seamless transition from salary to pension will remain edged in the minds of former public servants who had suffered years of endless waiting to access their hard earned pension dues. 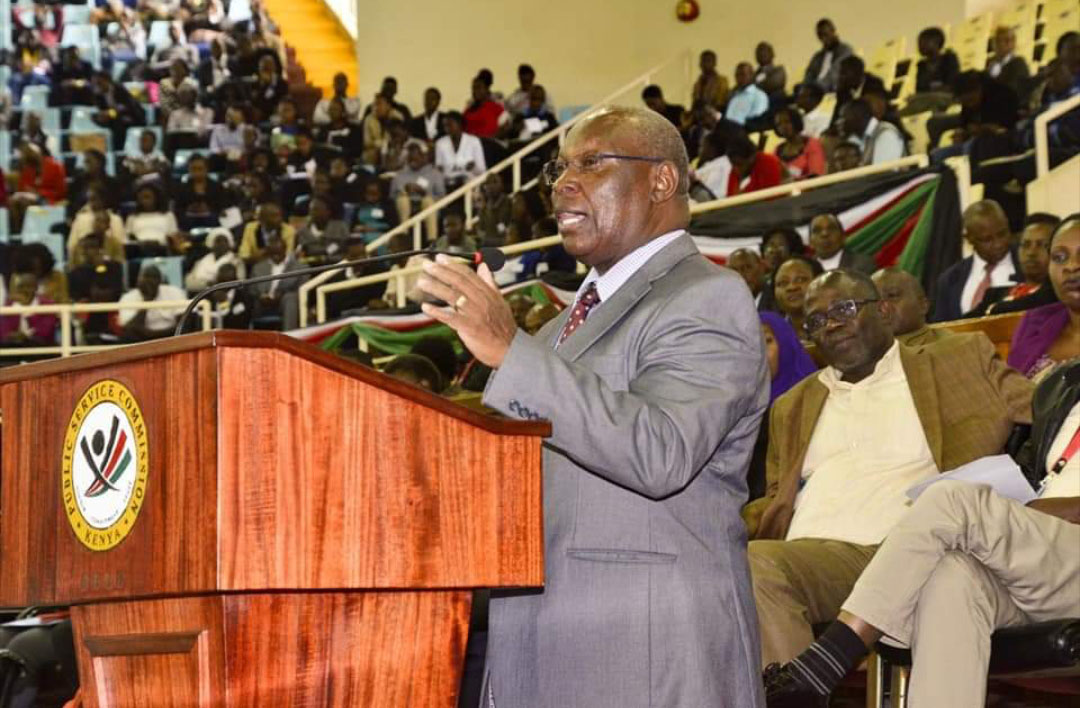 During his long years of service in the public service, Mr. Kirogo touched and positively impacted many lives at community level, nationally, regionally and beyond.
His demise is not only a loss to his immediate family but to all of us whom he interacted with in his various capacities as a civil servant, chairperson of the Public Service Commission, Fellow of the Public Relations Society of Kenya, Vice President of the Association of African Public Services Commission (East African region), community member and philanthropist.

Memories of his visionary leadership, humour, unassuming demeanor, humility, and empathy for public servants and citizens will forever be treasured in the commission and beyond. Indeed losing an icon of the stature of Mr Kirogo is not only overwhelming but also  incomprehensible especially to his family and those of us he worked with in the commission and the government in general.
My deepest sympathies go out to the bereaved family for losing a fantastic role model. I pray that God will comfort and give his family strength during this difficult time of grief.
May Mr Kirogo’s soul rest in eternal peace.