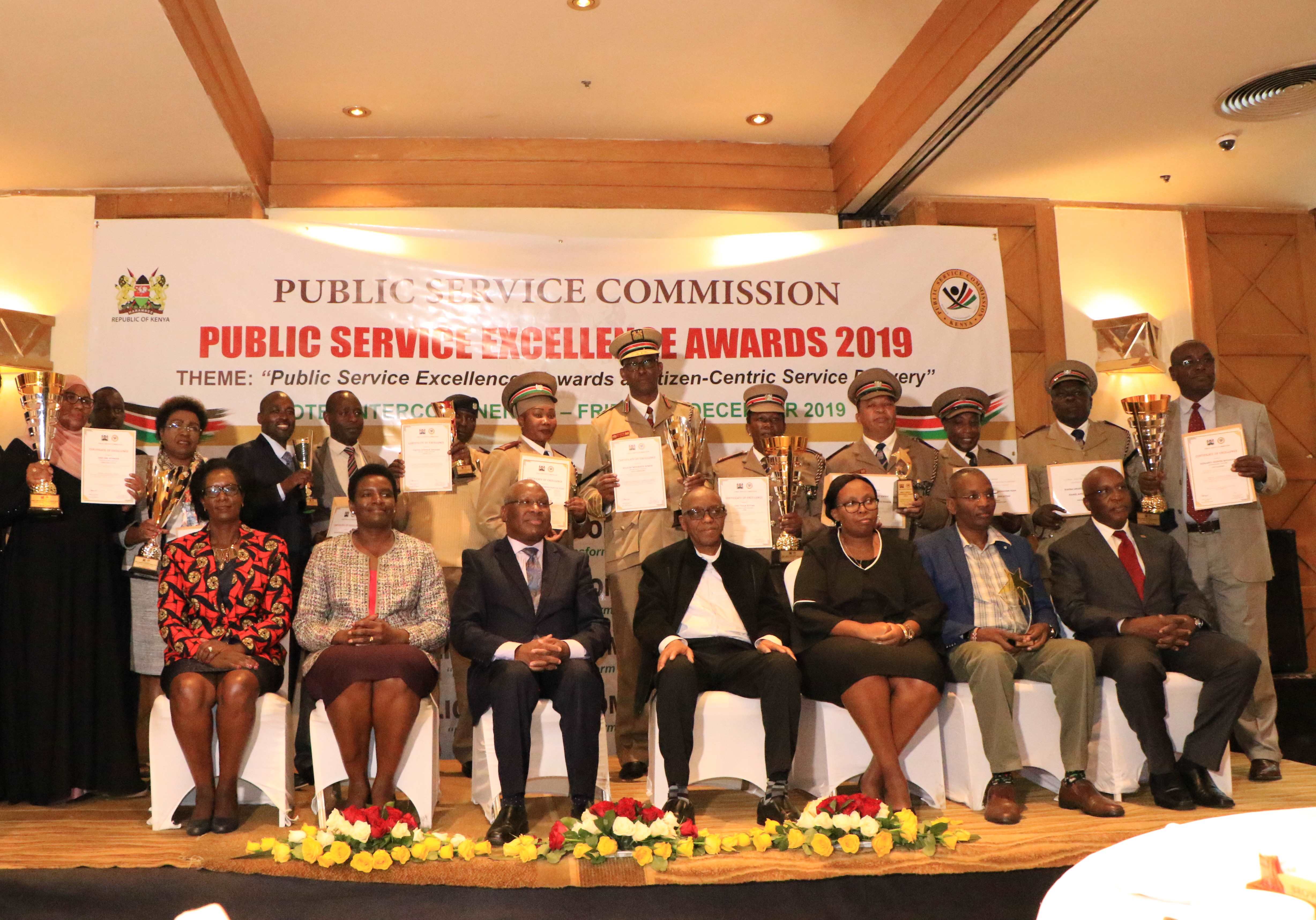 Head of Public Service, Dr. Joseph Kinyua was the Chief Guest at the event.

He acknowledged and congratulated finalists for good governance, integrity and exhibiting their selfless leadership in service delivery and called upon the rest of public servants to emulate them.

Public Service Commission (PSC) Chairman, Mr. Stephen Kirogo congratulated the winners, and announced that their awards will be accompanied by a token of monetary appreciation.

Applicants and Shortlisted Candidates for The Position of Chairperson and Members of Universal Servi...

Applicants and Shortlisted Candidates for The Positions of Registrar and Assistant Registrar of Poli...

Secondment of County Government of Nairobi Staff to The National Government

Declaration of Vacancies for the Positions of Chairperson and Member of the Kenya Law Reform Commiss...

Advertisement for Vacant Positions in the Ministry of Tourism and Wildlife, State Department for Wil...

To Transform the Public Service for Efficient and Effective Service Delivery.