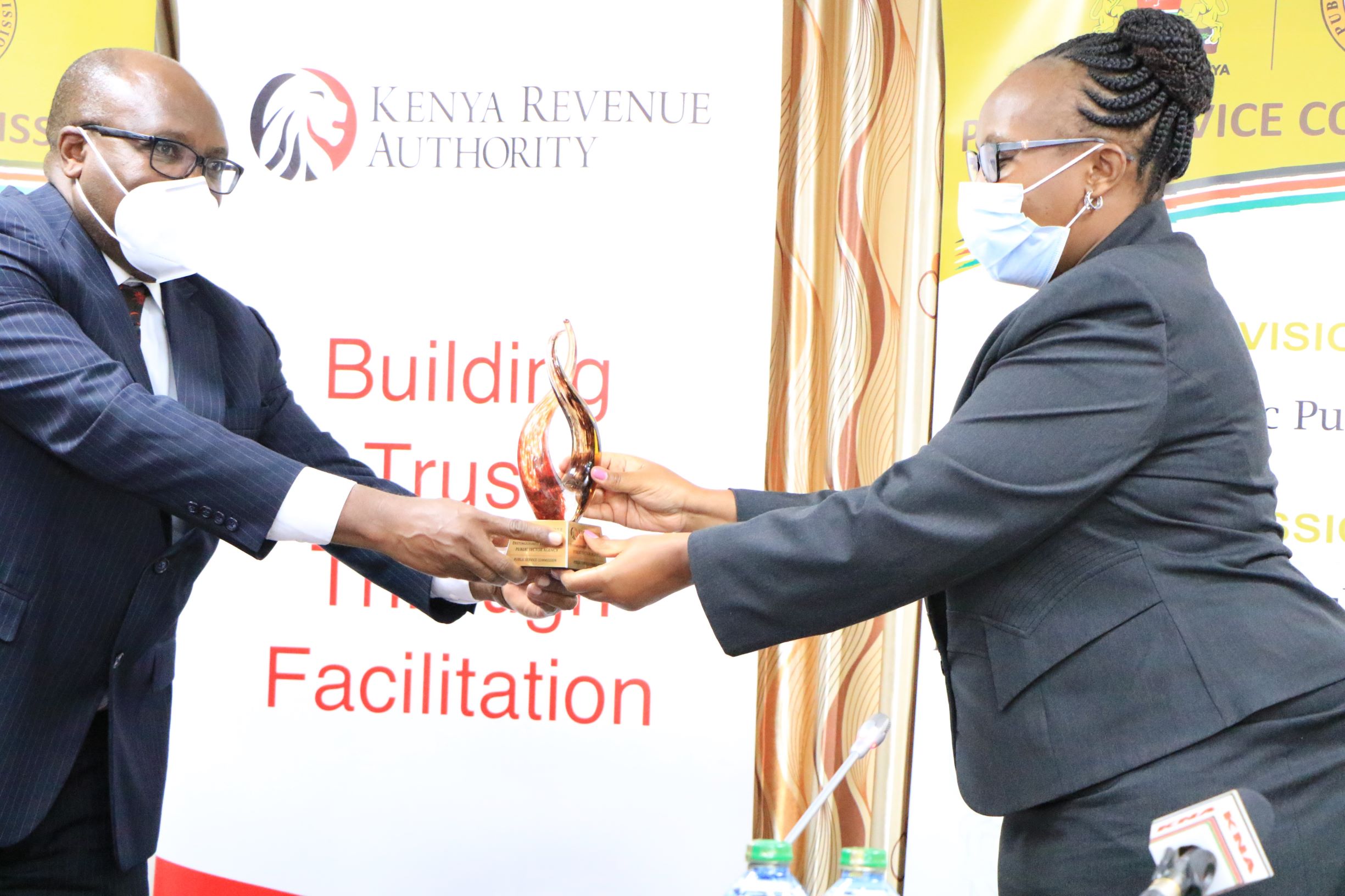 Kenya Revenue Authority (KRA) today presented the Taxpayers Winner’s Award 2020, in the Public Sector category, to Public Service Commission.
KRA Deputy Commissioner Mr George Muya presented the award to PSC Vice Chaiperson Ms Charity Kisotu at the Commission House in Nairobi.
He said PSC has been consistent in compiling tax returns and has continuously collaborated with KRA, thereby contributing to the realization of KRA’s targets in tax collection.
Mr Muya observed that Government institutions were perceived as being reluctant to fulfil their tax obligations noting that the situation has since changed following PSC intervention.
Ms Kisotu noted the importance of tax compliance the world over, stating that it is critical in promoting any government’s development agenda, and delivery of services to the citizens.
She commended the President and the KRA for placing great importance on recognizing institutions that pay their taxes promptly.
“I wish to appeal to all public institutions to lead by example in being tax compliant. This is because tax payment is an obligation for all public and private organizations as well as individuals, to enable government effectively undertake its role of providing services to citizens,” said Ms Kisotu. 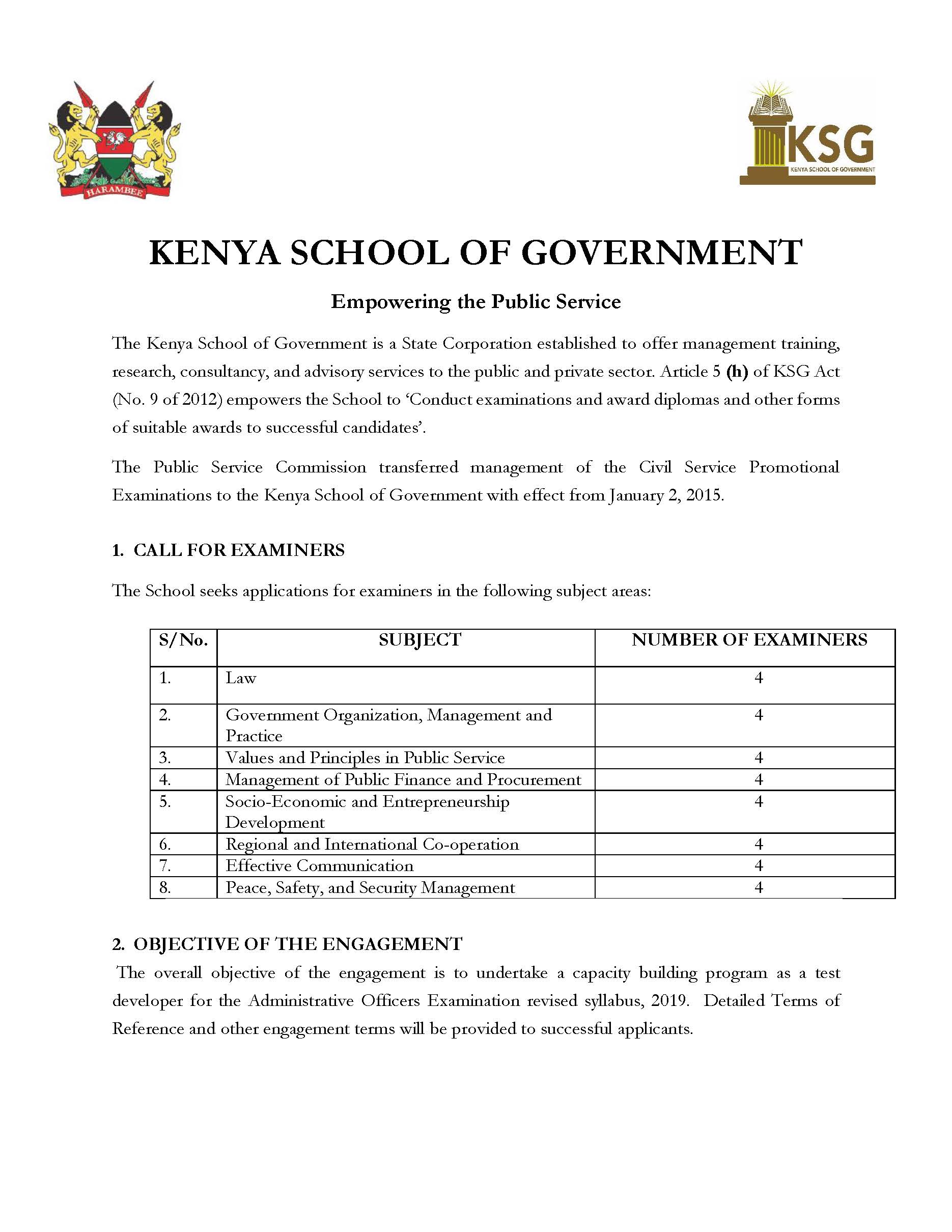 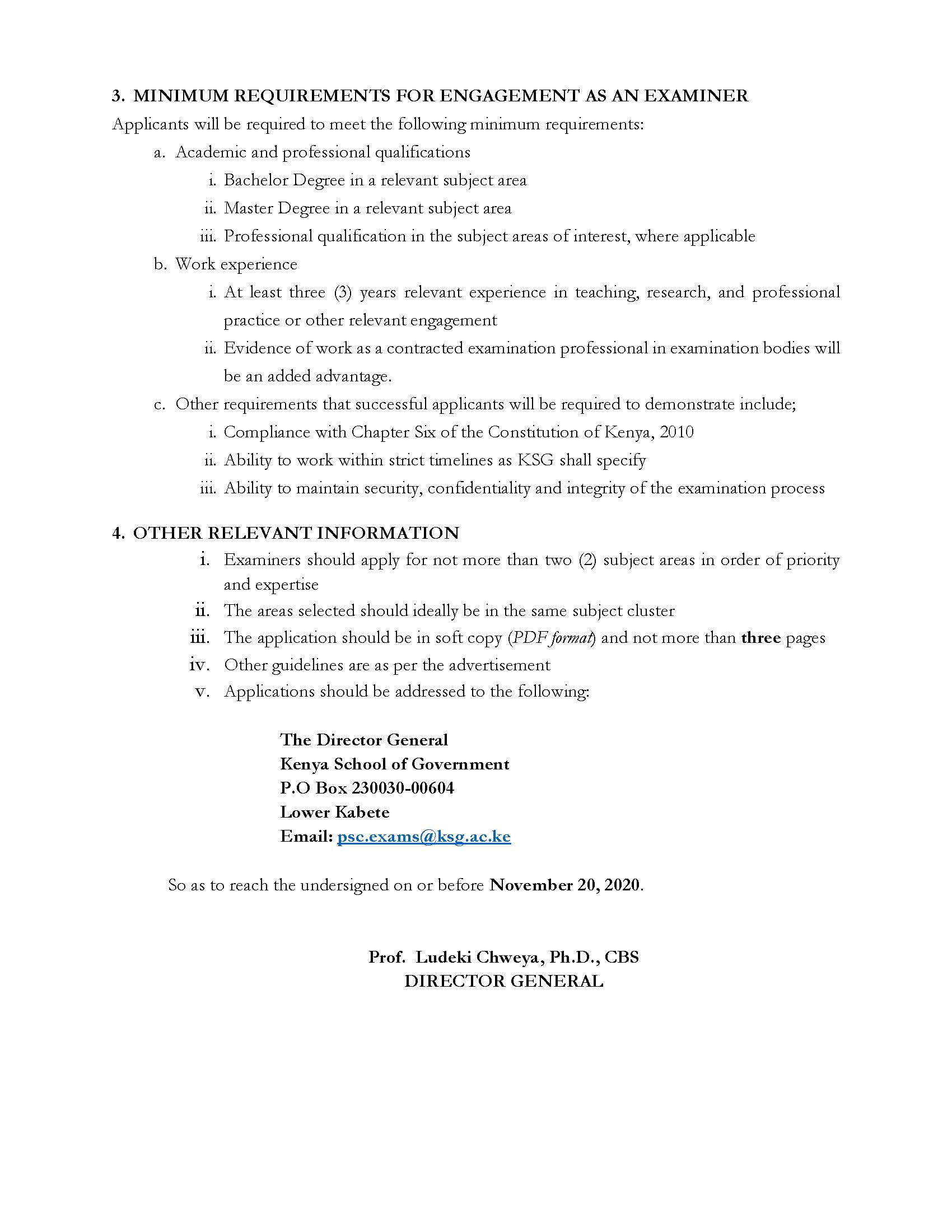 Public servants are accountable to the Citizens,” PSC Chairman 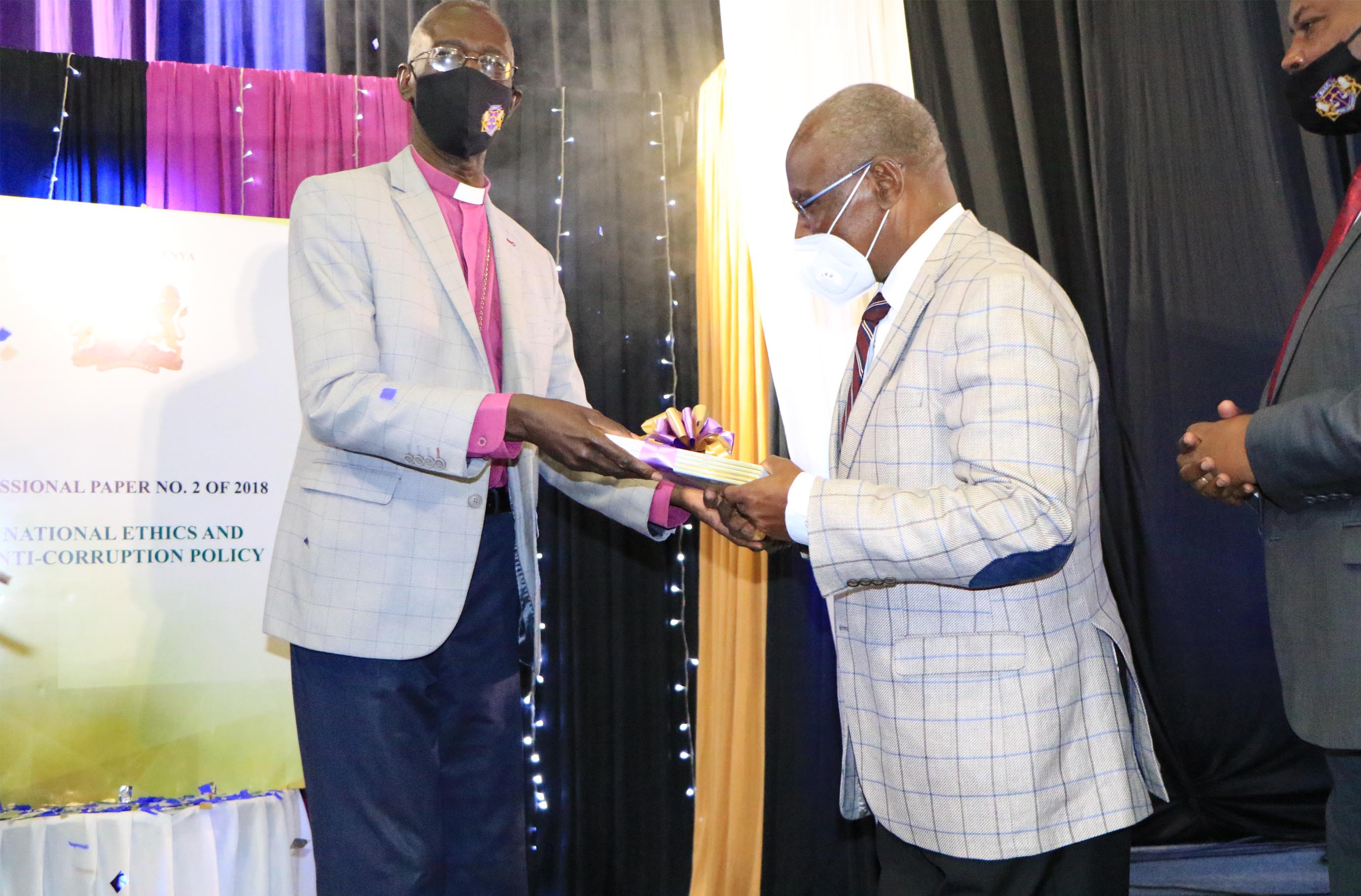 The Public Service Commission (PSC) Chairman Mr. Stephen Kirogo has called on public servants to embrace a citizen-centric approach in their service delivery to the public, and ensure accountability and prudent utilization of public resources.
He said this during the launch of the Sessional Paper No. 2 of 2018 (National Ethics and Anti-Corruption Policy) at the Kenyatta International Convention Centre (KICC) on 7th October 2020.
Mr. Kirogo said that PSC is a key stakeholder in the effort whose objective is to provide a comprehensive, coordinated and integrated framework for fighting corruption.

“The Commission is working to ensure that the public service reviews its business processes to minimize human contact and thereby reduce the opportunities for mischief which gives rise to corruption,” he stated.
The Chairman Ethics and Anti-Corruption Commission (EACC) Archbishop (Rtd)) Eliud Wabukala urged all the stakeholders and the citizens at large to cooperate and ensure the policy is fully executed.
He said that the policy is meant to enhance co-ordination and synergy of all stakeholders in the fight against corruption.
Present during the launch were EACC Commissioners; Director Criminal Investigations, Mr. George Kinoti; Secretary, Justice and Constitutionala Affairs, Ms. Maryanne Njau; The EACC CEO Mr. Twalib Mbarak; PSC Deputy Commission Secretary, Mr. Remmy Mulati, amongst other dignitaries.